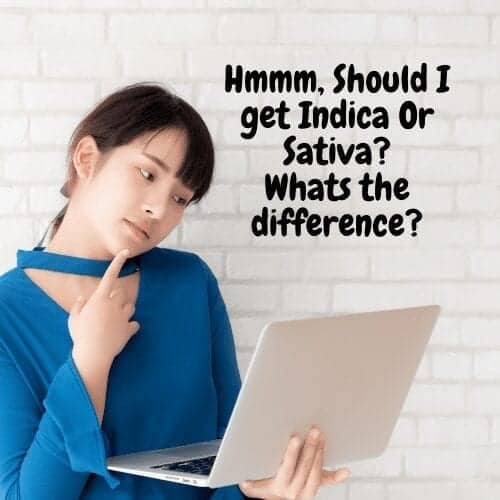 Indica and Sativa What’s The Difference? 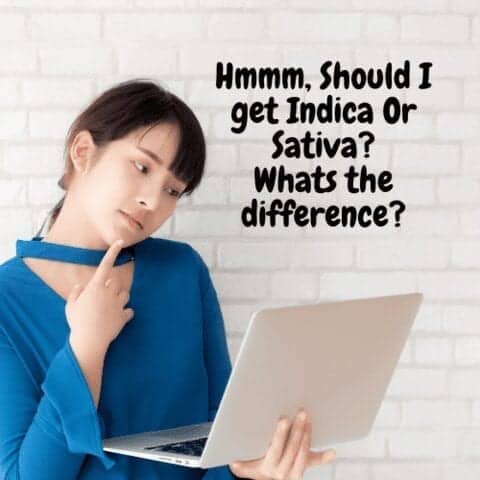 Indica vs Sativa and the Delta-8 Effects

Cannabis plants can be divided into two types of marijuana. Below, you will know the differences of origin, climate, effects, and physical characteristics between Sativa and Indica cannabis to make the best selection of seeds according to your needs. Long ago, when only landrace genetics existed in the Cannabis genome, the terms Cannabis Sativa L. and Cannabis Indica Lam were introduced to differentiate these two species of the Cannabis family. Today, those taxonomic terms have been shortened to Sativa and Indica. Still, they remain confusing – and often misleading – to the casual user, new medical marijuana users, and even the everyday stoner.

The differences between the two species are wide: From the plant’s appearance, how it grows to the effects experienced when consuming them.

Origin of Sativa and Indica

Both subspecies of marijuana read varied adaptations for each climate; cannabis Sativa comes from the jungles of equatorial areas of countries such as Thailand, Cambodia, Jamaica, Colombia, and Mexico, among others, where they receive more hours of sun and where the light does not change throughout the year. The Indica variety is native to the Hindu Kush area, a gigantic mountain range of more than 800 kilometers where Afghanistan, Pakistan, North India, and even China are found, where the climate is quite cold.

Characteristics of the Sativa and Indica plant

Sativa marijuana plants reach a height of approximately 3 to 5 meters, and due to their size, they are usually grown outdoors. The leaves are long, thin and the flowering time is longer, lasting around 14 weeks. The production is extensive, and the buds are usually larger and more resinous than those of the Indica plants, but once dry, their weight tends to be less since they are less dense.

The Indica marijuana plants, unlike the Sativas, reach a lower height of 1 to 2 meters, they produce less amount of buds, but they are denser and heavier. The plant’s leaves are short and thick, and the smell they produce tends to be stronger than that of cannabis Sativa.

The term hybrid is potentially confusing since anything that is not 100 pure landrace – something rarely common today – is technically a hybrid variety. From our perspective, a variety with a 70/30 ratio in any of its trends is dominant. Below 70/30 are supposed as non-dominants.

Cannabis is a plant full of chemical components, some of which are known as cannabinoids, as they are coupled with endocannabinoid receptors in our body, causing a wide spectrum of physical and mental effects. THC or delta-9-tetrahydrocannabinol (Δ9-THC) is by far the best known of these cannabinoids, but it is certainly not the only one. Its cousin delta-8-THC (Δ8-THC) is also one of the four most common cannabinoids in a marijuana plant, but with several key differences.

The THC content is very variable depending on growing conditions, which may exceed 20 in the case of greenhouse crops under perfectly controlled conditions. After inhalation, THC enters blood circulation then, very lipophilic, will attach to the tissues rich in lipids and, in particular, in the brain. Its effects in humans are based on the existence of CB1 receptors (mainly at the central level) and CB2

(especially present at the peripheral level). While the presence of THC in the blood is only observable for 2 at 3 hours after inhalation, very recent work at humans and animals has enabled us to show that

remained fixed in most brain structures for many hours, which explains the persistence importance of its effects on the central nervous system.

The medicinal and psychoactive effects of marijuana are due to a family of chemical compounds called cannabinoids, which are found only in the marijuana plant. At least 61 cannabinoids have been identified in nature. Others have been chemically synthesized. The main psychoactive ingredient in marijuana is delta-9-tetrahydrocannabinol, or THC, sometimes confusingly called delta-1-THC under a different naming system. However, other cannabinoids also have medicinal and/or psychoactive properties. Cannabigerol (CBG), cannabichromene (CBC), cannabidiol (CBD), delta-8-THC, cannabicyclol (CBL), cannabinol (CBN), cannabitriol (CBT), cannabidivarin (THCU), and other cannabinoids are part of this family of compounds. They are all known for their psychoactivity or pharmacological effects. Since delta-9-THC is the main active ingredient in marijuana, it is often used to measure the herb’s action potential. Typical THC concentrations are less than 0.5 for inactive hemp, 2 to 3 for marijuana leaf, and 4 to 8 for the most potent buds of sinsemilla. Higher concentrations can be found with extracts, tonics, and hashish (concentrated ream of cannabis). Oral therapeutic doses range from 2.5 to 20 milligrams of THC. A medium joint (one gram of leaf with 2.5 THC. Or half a gram of bud with 5 concentration) contains 25 milligrams of THC. In any case, more than half is generally lost to smoke, reducing the inhaled dose to about 10 milligrams. Experienced users have reported the fact that different types of marijuana produce different highs and that, medically, they have different effects. Certain researchers suppose that the difference between the proportions of the different cannabinoids from one variety to another or even between different specimens of the same variety – is the cause of these variations.

Cannabis Sativa produces an effect of euphoria and of greater interaction than Indica; perception is accentuated by enjoying more colors and sounds, stimulating creativity and thought. It is used for stress, anxiety, depression, nausea, migraine, and increased appetite, among other benefits.

The Indica produces a very relaxing effect on a physical and mental level, unlike the stimulating effect of Sativa. It is very effective for insomnia and widely used to treat tremors, spasms, permanent pain, anxiety, stress, and poor appetite.

Their nature, THC’s effects are energetic are different – meaning that both Sativa and Indica have a THC level that will create a euphoric high when smoked. This is because the names are only appropriate for describing the physical characteristics of cannabis in a specific environment. They are not valid if we talk about energy or relaxation.

As THC is found in the blood only 2 to 3 hours after inhalation, recent studies allowed us to indicate that it remained present in brain structures for many hours, which is why it has a persistent effect on the central nervous system.

Acute side effects on the central nervous system consist essentially insensitive disturbances, thymic and dissociative disorders, a decrease of intellectual, motor, and cognitive performance, short term memory disorders. For regular and long term use, the occurrence of acute anger attacks is frequently observed.

The effect of Indica plants

After consumption, the effect of herbs, whether using a vaporizer or going through combustion, is always relaxing and leaves the user in a state of deep relaxation, ideal for staying still. They are perfect plants for relieving tension, resting, relaxing, or sleeping in cases of insomnia. If you are a nervous person who has difficulty falling asleep, cannot sit still for a minute, or suffers from chronic pain, arthritis, or diseases that cause pain due to inflammation, herbs Indica is a great option to combat them or to rest a little better.

Consumers of Sativa plants can expect a lot of energy. Some herbs increase the heart rate and can, therefore, cause anxiety in non-experienced people.

Cannabis Sativa has a mainly psychoactive high, with a very stimulating cerebral high. This effect is due to its high content in THC, the psychoactive cannabinoid par excellence.

Cannabis Indica has a more body and relaxing effect due to its high CBD content. This is why it is the most widely used variety of medicinal treatments. In fact, CBD is the cannabinoid that gives marijuana the medicinal properties that have favored its increasing medical and social acceptance.

Sativas come from different regions but have all the characteristics of Sativa plants; some will be more psychedelic and more mentally clear. The effects of cannabis plants come from the high doses of THC and the interplay between different cannabinoids that configure the effect of a particular strain.

In other words, plants with high THC levels and at the same time possessing high levels of CBD will have a less noticeable effect compared to plants with more THC concentration. If you want to try true Sativa strains, then choose high THC plants and have very low CBD levels.

THE PSYCHOTROPIC EFFECTS OF THE DIFFERENT STRAINS

The Indica varieties provide a physical effect expressed by a pleasant sensation of physical but also psychological relaxation. On the other hand, the use of Sativa varieties is more psychic; they provide a feeling of motivation and well-being. The two species have a different medical effect; you can adjust and adapt the percentages for each type of variety to create a balance that meets specific requirements.